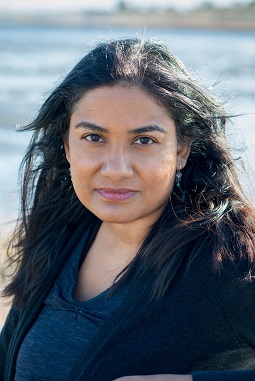 Anita Felicelli is the author of CHIMERICA: A NOVEL and the award-winning short story collection LOVE SONGS FOR A LOST CONTINENT.

Anita’s stories have most recently appeared in The Massachusetts Review, Alta Journal, Midnight Breakfast, Terrain, and The Normal School. She’s regularly contributed to the San Francisco Chronicle and Los Angeles Review of Books. Her nonfiction has also appeared in Slate, the New York Times (Modern Love), and elsewhere.

Anita’s work has been nominated for Pushcart Prizes, won Greater Bay Area Journalism awards, placed as a finalist in several Glimmer Train contests, and received a Puffin Foundation grant. She is on the Board of the National Book Critics Circle and currently serves as its VP of Fundraising. She is editor of Alta Journal‘s California Book Club. She grew up in the San Francisco Bay Area, where she still lives with her spouse and three children.